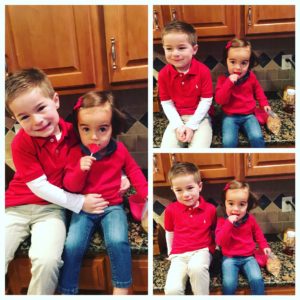 The minutes, hours, days and weeks after Charlie died have been a blur to me. Sometimes when we are in conversation with friends and family, they will mention something during that time frame and the memories are not there for me to retrieve. I try to piece together the “remember right after Charlie died and…” sentences but many of them I can’t complete. Grief is funny like that, showing it wants and leaving you to ponder the rest.

But there are a few memories immediately after Charlie’s death that are crystal clear, etched in my brain for me to never forget. One of those memories is speaking to the medical team right after he died, pleading to the neurologist to take all of his organs, “Please take everything, but especially his heart.” Charlie had the most beautiful heart. It was pure, simple and kind. He didn’t know differences, prejudice or hate. He only knew unconditional love.

I can not tell you the number of times I have used the phrase, “I never would have thought in a million years we would…” since Charlie’s death. No parent should ever have to make the decisions Michael and I have had forced upon us. But the choice of organ donation was never even asked of us. It never needed to be. It just was. Something in my soul took over those moments after being told Charlie could not be resuscitated. It wasn’t fear, sadness or even loss. It was the belief that Charlie’s life must live beyond his breath. It was the desire to share the vital parts of Charlie that brought us so much joy for 5 incredible years, hoping they could bring joy and life to another person.

I so wanted Charlie’s whole heart to be viable for transplant, but unfortunately, it wasn’t possible. That’s why Charlie’s Heart Foundation was created. We couldn’t give Charlie’s physical heart to another but we can share his spiritual heart with families in need around the world.

Several months passed after Charlie’s death when we received a letter from LifeLink of Georgia. It was one of those unexpected God moments when I read that the medical team was able to harvest both Charlie’s corneas and heart valves. I was filled with a weird sense of thankfulness and sadness all at once. I missed Charlie so much but was hopeful his life could give life to another. There was little more that was said in that first letter and so many questions I wanted to ask. But I was left only with the line, “We may have more information on the organs and their recipients in the future.”

It has been almost 2 years since our first letter from LifeLink. And while I have had minimal correspondence with the organization, I have hoped and prayed that Charlie’s organs would be transplanted successfully. I often thought about who might be the recipients of each of his heart valves and corneas.

Then in October, I received another letter from LifeLink, this one starting with, “I would like to share with you a little information about the recipients of your loved one’s generous gift.” My heart melted reading each and every line of this letter. Charlie’s corneas were both received by two young men, one 24 and the other 30. The transplants were both successful and each recipient is living a much-improved life. And while Charlie’s aortic valve is still awaiting placement, his pulmonary valve was recently transplanted to a male child in Virginia.

And at the end of this letter, just as the first one, I was left with the words, “We may have more information on the recipients in the future.”

It is the week of Valentine’s Day, the celebration of the heart. And I have found myself in deep thought about the little boy in Virginia who received Charlie’s pulmonary valve. I wonder what he looks like. Is he Charlie’s age? Does he love soccer, his friends and maybe his little sister, just like Charlie did? I wonder if his parents snuggle him a little tighter at night since his transplant, or breathe a little easier now that he is healthier. I imagine listening to his heart, putting my ear up to his chest knowing that while this little boy in Virginia never met Charlie, he has one of the best pieces of him.

But for now, I am thankful for the privilege I “never in a million years” thought we would have, to share our sweet Charlie’s greatest gift. And I hope that the little boy in Virginia knows how much we love him because inside him, is a piece of our heart.