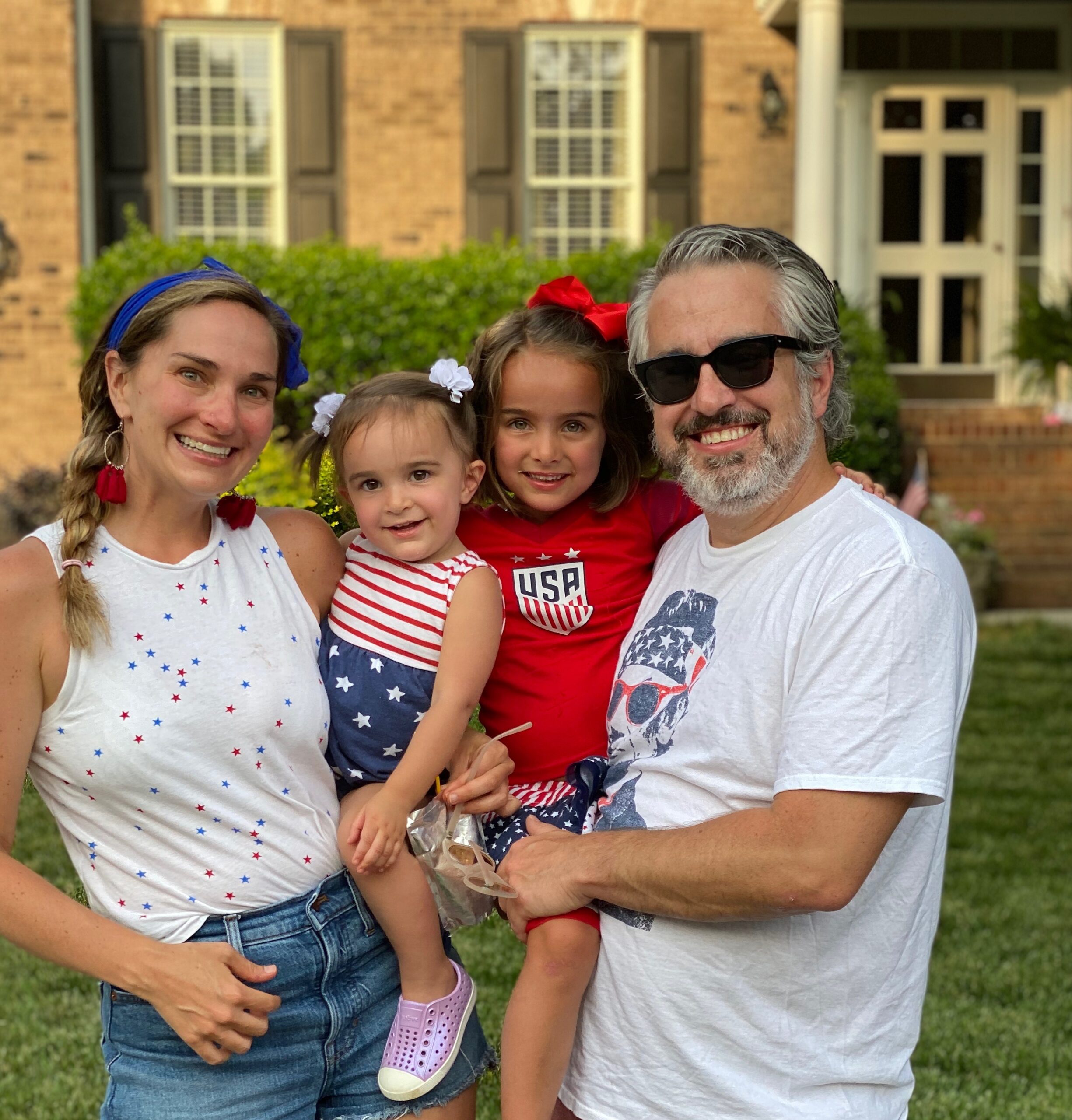 Sometimes the moments or distinct memories leading up to trauma, are those that are imprinted in your mind. It seems so unimportant compared to the pinnacle event, but still, it’s a trigger, a point where you remember your life as it was before and then the turn that started the downward spiral. Grief is cyclical like that. For me, one of those memories was the 2016 election.

November 8th, 2016, we watched Charlie color in his Election map with his buddy Jude. As the results would come in, Charlie meticulously colored in the state blue or red according to which candidate won that location. Charlie was so happy, just to be surrounded by friends and family. Michael and I on the other hand were a nervous wreck. Michael was physically ill with the stomach bug and I was anxiety-ridden, like most other Americans that night, anxious about the future of our country. But we hid all such fear and worry from Charlie.

Just shy of 5 years old, Charlie had come into his own. He was a believer in all things love, kindness, and acceptance. And even as we braced for the impact of what the wee hours of November 9th, 2016 would be, we still held out hope that our United States, the country our beautiful boy was born into would make it through.

However, after a few months, I felt my optimism crumble, witnessing division in our country I have never known as an adult. And by the end, my family’s world had shattered along with it.

It was many months before I could lift my head again, out of the ashes of Charlie’s death. The fog of loss and grief overtook me. But Charlie’s heart, his legacy, and his unconditional love for all people propelled me into action. Just two months after Charlie died, I flew to Ethiopia.

When I was asked “why not start here, in his community, with his people?” my response was, “I believe God is sending me light, Charlie’s light. His life was a bright light and needs to be shared beyond our borders.”

Charlie’s Heart Foundation was born from Charlie’s death and took root outside our country as a way to share the love I felt Americans were struggling to find for each other. I wanted us to do good things in spite of the negativity our country was facing. Americans are good, caring, generous, and inclusive regardless of our leadership. I wanted people to feel that.

It has been over three years since Charlie’s foundation has invested in Ethiopia. We have built a well, helped fund rural developments for schools, health posts, and irrigation. And in the modest space of Addis Jemari’s Family Empowerment Center, you can find children reading books in Charlie’s Library and being Tutored in Charlie’s Tutoring Center. And it all started when Charlie’s bright light and God’s wisdom said, “ Keep going Momma, keep going, Rebecca. There is so much love even in the loss.”

In the last month, I haven’t been able to write. The words have been stuck in my head and my heart. I have had this sense of fear and worry built inside me again, remembering the night of the 2016 election. I started reading the bible each morning instead of the news, praying on the daily verse sent to my inbox. Each verse reminded me that God was with me and would bring us through this. But the following was the most powerful verse I read:

Romans 12: 2 – “Do not conform to the pattern of the world, but be transformed by the renewing of your mind. Then you will be able to test and approve what God’s will is – his good, pleasing, and perfect will.”

I read it over and over again praying that God would prevail in our hearts even when the world around us seemed so fragile. I realized then I had been conforming to the pattern of the world, not the love of God.

On election night 2020, as our neighbors gathered to teach our small children about voting and democracy. I held it together for Ellie, our now 5-year-old who was sitting in the exact same place as her brother 4 years ago. I put a smile on my face, while my heartbeat desperately inside. “Do not conform,” I said to myself over and over.

I watched the votes start to come in and with each change in the numbers, I sunk deeper into chaos. I felt just exactly how I felt the day Charlie died, out of control and unable to stop it. I tried desperately not to conform, but believe that love, God’s love would prevail. Sensing my anxiety, my dear friend approached me, whispering in my ear, “If Charlie were here, he would be such a calming presence, with his raspy voice and his little smile.”

And with that, I unraveled. I cried hard, loud tears with snot running down my face and sweat pouring down my back. My neighbors surrounded me and hugged me tight and just let me wail. I cried for Ellie and Causby who should never know loss so young. But mostly I cried for Charlie – his love, affection, and unwavering acceptance of everyone and the world he was only a part of for 5 short years. I wanted that world back, that life back.

It has been a few days since the election. And while I will never get to return to my life as it was in 2016, with my son beside me, I do have hope for the future of our country. Aside from any political gains or losses that have come out of this election, I was grateful that Charlie’s sisters saw the possibilities for their own future, as they listened to the first female vice president speak to not only them but all boys and girls in our country.  And as I witnessed Ellie watching messages of unity from our leaders, I felt the sense of peace I had been missing begin to return.

While I find myself, conforming to the pattern of the world and most recently during this election, I know God continues to work on our hearts, in each and every one of us. He sees goodness, kindness, and purpose even if we can’t see it. I pray that we can be transformed by the renewing of our minds through love and unity, especially in these chaotic times. I know it is possible because I see it in the work God does in me, each and every day.