How Are We Still Here? 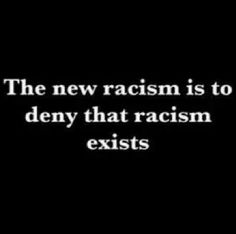 It seems like the world has stopped running for Ahmaud Arbery – but we have not.

Ahmaud has been on my mind ever since a friend first shared the story of the young man murdered while jogging with me several weeks ago. He’s rarely left my mind since.

Ahmaud Arbery was a 25-year-old black man who was shot in Georgia on February 23, 2020 while going for a jog in a small neighborhood. Three men, who believed he was responsible for a robbery in their subdivision, chased him down with absolutely no proof of wrongdoing and then fatally shot him after he “didn’t respond to their commands.”

Three men took it in their hands to be the judge, jury and executioner against a young man doing something I do all the time: go for a run. That’s it.

And perhaps one of the most upsetting aspects of this murder is that for months, very few people heard of it. It wasn’t until early April when the story really started to gain traction in the news, thanks to a video that was released – and at that point, the three men responsible had still not been arrested for their crime. In fact, two of the men weren’t arrested until May 7, and the third man arrested a week later.

How are we not beyond this in our country?

I keep asking this question every time something like this happens. We all do. It’s the first thing that comes to mind when you see a viral video of a white woman in Central Park calling the police on a bird watcher because he asked her to leash her dog. It’s what we ask when we see evidence of a cop kneeling on a man’s throat while he gasps that he can’t breathe until he takes his last breath.

As a mother, as a runner, as a community member, but more importantly, a human being, I am broken-hearted, I am frustrated, and I am angry. But most of all, I am scared.  I am scared for our children and our country and the race war – yes war we are still fighting – but failing to win.

How? How are we still here?

The fact of the matter is we need to stop asking ourselves these same questions.  And recognize the truth.  The hard truth.  That no one, not even myself wants to accept.  Racism, inequality, and segregation are still very much a part of our country.  We are entrenched in it.  It might not be as bold as white men wearing sheets and burning crosses or Jim Crow Laws.  But we don’t need explicit laws to create racism.  We insight racism in how we live, where we live and unfortunately many of us (white folk), myself included, don’t even recognize it.  That’s a fact, and it’s time to do something about it.

We are more divided as a people and as a country than we ever have been before.  We no longer need de jure segregation (by law) to further our inequalities.  We have it de facto (by choice) in the way our neighborhoods are developed, our communities are organized and school systems are designed and operated.

We need to listen more, assume less. We need to be self-reflective, questioning how we as individuals – YES, YOU and ME have enabled inequality in our own communities.  It’s hard to sit with yourself and recognize that something you said or an action you took, one that you thought harmless, could have had a negative consequence for another.  I have done it. And I am appalled with myself. But that is how we learn and make change.

It is my sincerest hope that every generation will be better than the last, but that isn’t enough. As a mother, I do not hope that my children will be colorblind, as “not seeing color” just means we’re further discrediting people of color’s personal experiences and cultural history. But the way a person looks should not be a value-added or subtracted depending on the shade of their skin.

I get it – these are tough conversations to have, but the most honest ones are. And they are nothing in comparison to the conversations black parents have with their sons and daughters about how the world works for them during these times of violence.  Imagine that.

I don’t claim to have all the answers or any for that matter.  But I know that none of us can claim to have zero involvement in the problem.  That’s just it.  No one wants to take responsibility and until we are able to admit our own part in the problem, we will never fully be able to find the solution.  It’s time for us, as human beings, to stop being bystanders and start being active participants. And maybe, then, we can stop asking the question…

And start to make a difference in this world.