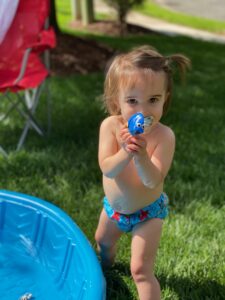 I have always been a sucker for a good movie, a tear-jerker with lots of dramatic twists and turns.  It used to be that it was like my own emotional catharsis, to laugh and cry through someone else’s life experiences. Then the movie is over and your “normal” typically far less dramatic life resumes. I used to love this, peeking into others worlds, hearts, and grief.

Now I find myself living in my own movie. My character, your average working mother of two living in the suburbs… where nothing truly exciting ever really happens. Then, WHAM… terror, trauma, and death. How will this mother respond? What is next for her and her family? It was definitely a movie I would have jumped at the chance to see, but not one I ever wanted to live.

Personally, I have found so much truth in how cinematography plays out in my life since Charlie’s death.  Most recently, it has been through flashbacks. Inevitably, characters in a heavy drama have some sort of choice they face where there is a flashback to a former time in their life, something in the present reminding them of their past that influences their future decision or path. In the last few weeks, I have found myself living in the flashbacks, those flickers of Charlie.

This week, in particular, has been filled with flickers of Charlie, each of them sparked by witnessing special moments with his two sisters, Ellie and Causby.

It was a beautiful Sunday, perfect for Causby to play in the pool.  She was so happy, like a little fish, jumping in and out of the water. 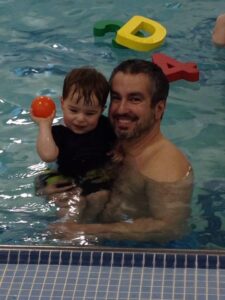 As I was watching her splash, throwing toys from one side to another, I realized she was wearing Charlie’s swim diaper.  I don’t even recall being aware that I put her in it, or why.  It made me smile and tear up at the same time, as I saw…

A flicker of Charlie…

He spent countless swim lessons wearing that diaper, learning to blow bubbles, jump in and swim to the side, waiting for the next instruction from his teachers. He and his best friend Olivia, always giggling and shivering complete with blue lips, by the end of class. But one day, while giving Charlie his post-swim class shower, I pulled his swimsuit off in the communal shower, and to my complete embarrassment, wet, pool-poop streamed out of the diaper all over the tile floor. With nothing dividing one shower head from the neighboring ones, all the other parents watched liquid poop stream toward their children and the only thing I could do was laugh, thinking “What the f&c$, maybe no one will notice it was him!” Charlie, being completely unaware of the issue continued to play in the water, giggling and trying to talk to the toddler beside him.

I giggled with sadness once more thinking about the day of the pool-poop as I returned to watch Causby, happily playing in the pool just like her brother when he wore that diaper. 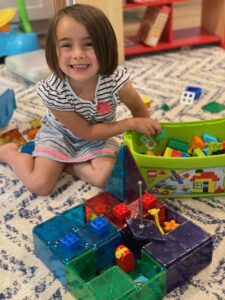 (AKA Ellie), was playing quietly in the basement. It’s a phenomenon, entertaining herself without us requesting her to do so. So we wouldn’t dare interrupt  But as I peeked down the stairs to check on her, she was building, with Magnatiles, Charlie’s favorite.  The structure was similar to an apartment complex, each unit filled with little trinkets, legos, or dollhouse people inside.  So proud of her accomplishment, she described each space she had created, who was in it, and why she put them where she did.

Then the flicker… taking me to the week Charlie died.

Always typically welcoming of others in his room, Charlie insisted on keeping his door closed that week, so “little sister” or our puppy couldn’t destroy the Magnatile creation he had been working on. It was a car storage place, with a helicopter launch pad as he described it. As he named all the little compartments, showing me each spot he put a lego or car, he reminded me not to touch it. He was still adding “details” he said, “very important details.”  He was so proud of that creation. What we didn’t know then was that it would be his last. 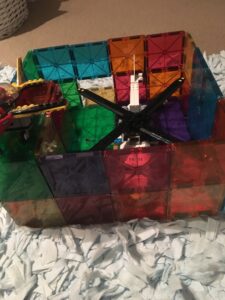 Opening his bedroom door for the first time after Charlie died, and seeing his creation on the floor, just where he left it was one of the most painful moments I have ever experienced. We didn’t touch Charlie’s room for months. And when we did, Michael preserved his last creation in a shoebox, neither one of us wanting to ever dismantle it. We almost considered gluing the structure together, but one day after Causby was born, something in us knew that wasn’t what Charlie wanted. So after taking a few pictures of it and shedding lots of tears, we took the pieces apart so his sisters could one day play with them.

Coming back to the present as I listened to Ellie’s description of her creation, I could almost hear Charlie’s voice in her words mimicking her brother’s excitement. And then I said to myself “Thank you, my love. Thank you for teaching her and being her big brother” knowing in that moment he was truly with us, playing alongside her.

We finished out the week with yet another flicker of Charlie, as we prepared for a bike ride. It’s no secret that 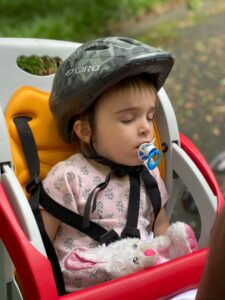 the Holt children have large heads. Being that every other part of the Holt figure is undersized, it always gives me a good laugh when we have to buy winter hats. The matching mittens are typically two sizes too large while the hat is snug. Helmets have been no different. Causby, being number 3 gets the hand-me-downs and has been wearing an old helmet from who knows where that’s way too small for her. As I commented on how ridiculous she looked, I noticed Charlie’s helmet, thinking no way it would fit her just yet.  But when I gave it a try, sure enough, it did.

And there it was again, a flicker of Charlie… 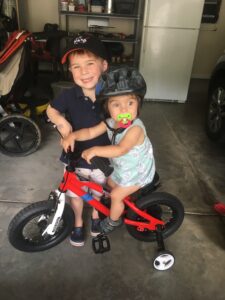 He loved riding his scooter, playing with his friends on the street. He could ride like no other child his age, having indescribable agility in the way he moved. And then I thought about Ellie, how he insisted on having her put on his helmet and try out his big boy bike. So proud he was to hold the bike steady while she sat on it. I can’t help but think Charlie was giving Causby the “go ahead” when his helmet fit on her head. It was like he was saying, I’m here. I’m your brother. Nothing is going to change that.

The flickers of Charlie, while bittersweet are so cherished. While the movie our life has turned into has never been what I hoped for, it is ours and we find whatever joy we can reap from it. These flashbacks or flickers, a writer or director would create for dramatic effect, are some of the most beautiful memories we share as a family of 5. They remind me of how his life will never be separate from ours. He wasn’t a chapter or short story in our book. He is and will always remain a main character in our major motion picture.

And the flickers are a reminder of that… the sparks of light that will never die.