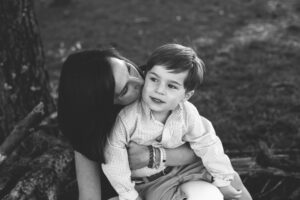 It’s a line from one of Ellie’s most recent, favorite songs…“ A Dream is a wish your heart makes…” Cinderella is singing to her little mouse friends as she is waking from her sleep, getting dressed, and preparing for a new day in the dilapidated room her stepmother has relinquished her to.  The song is both whimsical and hopeful that her dreams of a better life will come to fruition.

Sleep has always been a necessity for me. I require a ton of it. As a college student, when my peers were pulling all-nighters, hitting the bars in their 20s to roll into work, barely having put their head on their pillow, I was getting a full night’s rest.  My ability to function is connected to the amount of sleep I get. I was literally the worst example of “making the most of college life”… the only test I failed was the one I tried to stay up all night to study for and a “late-night” for me was midnight.

The need for sleep has been a constant into my adulthood and especially after Charlie died. The weeks and months after Charlie died, sleep was the one place where my grief was absent.  When our doctors and family checked in with us, they would almost always ask, “Are you eating? Getting some sleep?”  Most were surprised at my ability to sleep, puzzled almost.  It might have been because it was such an effort to breathe, complete mundane tasks, experience the constant emotion of loss during the day, that my mind could not think anymore and my body was able to just rest. Regardless, it was a blessing, one of the many, I was given for the first year without Charlie.

But during that period of time, while I slept, I did not dream.

Each night, when I would settle down into bed, I would say to myself “ I did it. I made it through another day…” and I would close my eyes allowing sleep to let me forget.

It was the mornings, after sleep that I found my most difficult part of the day.  I would wake and for the first 30 seconds, life was as is should be… Our family was intact and Charlie was still here.  But in the next breath, it was shattered. I could not allow myself to dream “the wish” my “heart makes.” The reality of the morning light quickly expelled that in me.

I never knew how thankful I was to not dream until I started again. In the last year, dreams have come to me in the night. At first, they were welcomed dreams… of our family, friends, memories, etc. but not of Charlie. I wanted so much to dream of my little man, to see his face, hear him giggle.  I wanted so much to at least dream about him until I actually did.

The first time Charlie came to me in a dream, he was in his Kindergarten classroom (a place that we never actually saw, because of Charlie’s passing).  I was coming in for a visit, to have lunch, I imagine. As I was looking in the window of his room, I waved at him. He was with his friends, listening to the teacher speak but stopped to meet my gaze. He smiled while waving back to me. I tried to go inside his classroom.  But it was locked.  I knocked but his teacher would not let me in. I knocked harder, and louder but It was like she didn’t even hear me. I banged on the door and cried all the while still looking at Charlie through the window. He was crying too, not frantically… but almost as if he knew he couldn’t come to me.  I continued to bang on the door yelling, the whole time, “ I love you, Charlie! I love you so so much!” … And then I woke up.

He felt so close, so real… like I could touch him, hug him… hear him breathe, smell his clothes.  He was so close and yet I couldn’t get to him. That feeling of loss, after dreaming about Charlie the first time, was like losing him all over again.  It took me several days to recover.  I found myself not wanting to sleep, an oxymoron in my life.  With what once was my only solace, I began to fear it.  It scared me to sleep, for fear I would dream about losing him again.

It has been many months since that first dream. And while I have learned to sleep again, dreaming about Charlie hasn’t become easier.  I have dreamt many times about Charlie since that first night. Each dream is different and while none of them has been as dramatic as the first, each time I wake I feel flooded with grief. Sometimes I wish I could go back to the beginning when I didn’t dream at all.  Which is worse, dreaming about something you want and can’t have or dreaming of something you had and lost?

I wish I was Cinderella, waking from a perfect dream… a dream that “your heart makes.”   I want to believe, these dreams, in fact, are glimpses of Heaven, glimpses of our complete family. I hope one day when I dream of Charlie, it will be like that, a reflection of Charlie, present in my heart and  that I can wake without the feeling of loss but with love, knowing that one day, when we all get to Heaven “the dream that I wish, will come true.”