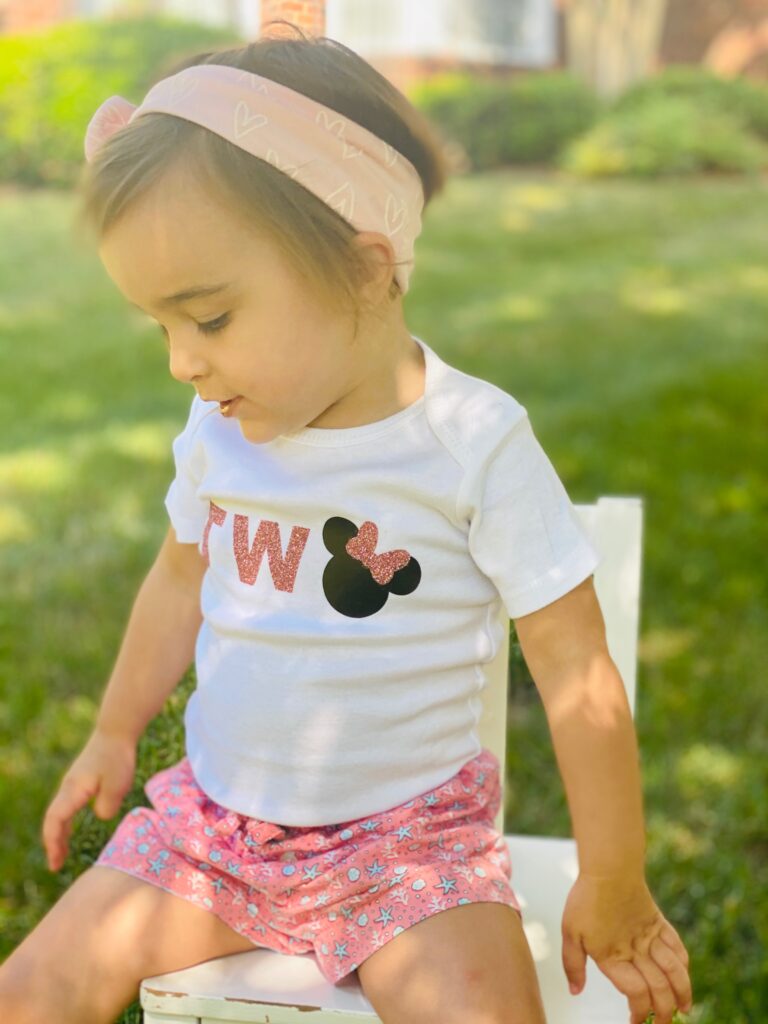 I can not believe our number 3 will be 2 this week.  It seems like just yesterday, we were bringing her home from the hospital. Causby Marie Holt is the perfect mixture of her spunky sister and her gentle brother.  She was named after two strong matriarchs, Michael’s great-great-grandmother, Causby, and my great grandmother, Marie. And I am thankful she seems to be as resilient and tough as her namesakes.

After Charlie died, there were a few non-negotiables Michael and I made with each other.  The first was making sure to take care of our relationship.  We weren’t willing to let the grief of our son tear us apart.  The second, we will live our best lives, in spite of our loss.  He would often say “It’s you and me against the world,” a mantra that continues to drive our family’s grit.  And the third was to give Ellie another sibling. 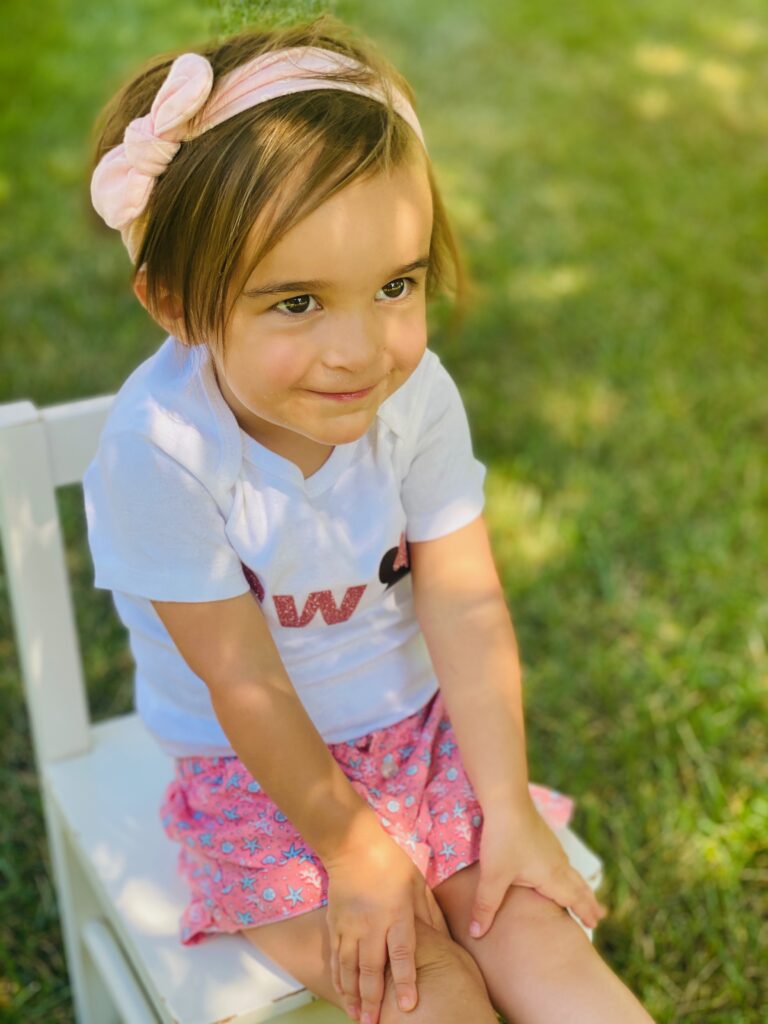 Deciding to have Causby was not without worry and anxiety… Anxiety has always been my middle name. It became capitalized when Charlie died.  It started with fears over what people would think, us having a child so soon after a tragic loss. That’s where the second non-negotiable was very helpful… “It’s you and me, against the world.” And then I worried about us, our family… Were we emotionally equipped to deal with pregnancy, a new baby?  Again, we referred to the first non-negotiable.  Michael and I couldn’t lose each other. We were united in our relationship and both wanted our family to grow.

But our biggest fear is worrying that Causby will think that she was a replacement child, a child to fill the void of Charlie.  We have all heard the term “Rainbow Babies,” babies born after a miscarriage, stillbirth, or infant death.  The word “rainbow” alludes to a positive message, signifying hope and warmth after a storm or loss. It’s a happy, loving term.  But when a baby is born soon after a child has died, psychologists call them a Replacement Child, one that is at risk of taking on the identity of the child who has died.

The term, negative in feeling and in meaning, made me question whether or not it was “right” to have another child. Research says that with going through the appropriate grief process, families can go on to have children who are a healthy addition to the family.  However, it “takes time to heal the wounds of grief.” No amount of time can ever heal the wounds we have from Charlie’s death. That’s where the textbooks are wrong. The death of a child doesn’t leave you with a wound, but a missing limb.  Just as someone can live without a leg, you can live without your child.  But the deficit will always be there. 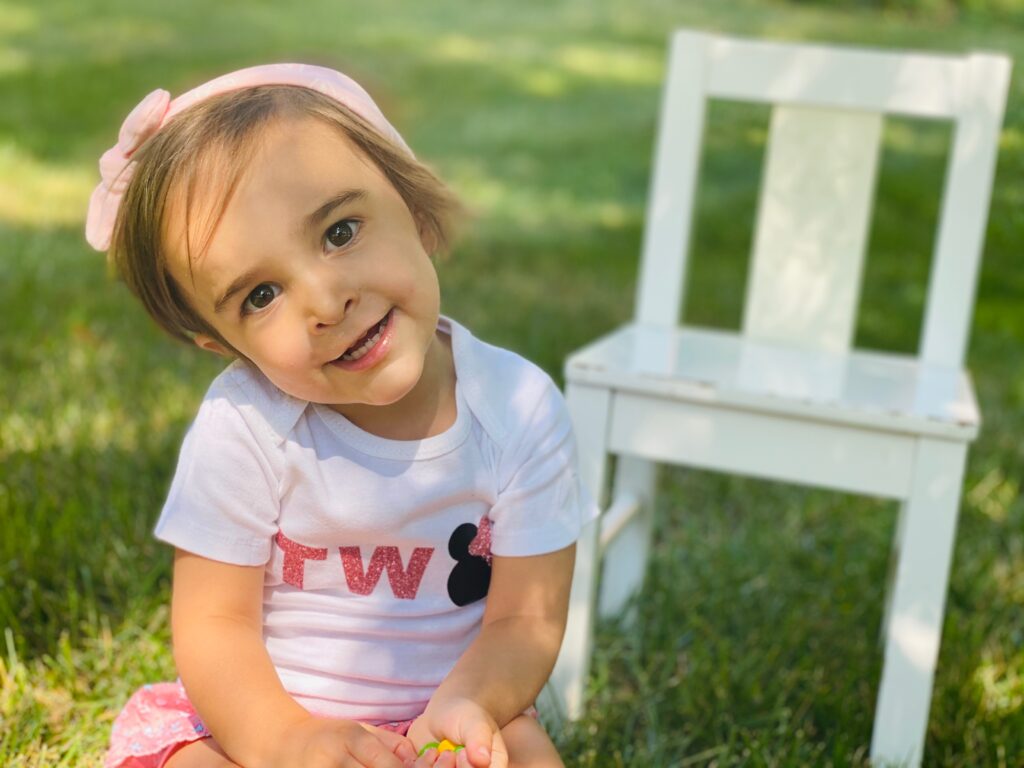 I had an easy pregnancy with Causby, physically speaking.  I was active all the way through, had very few aches and pains and she developed just as should. And emotionally, I knew in my heart I was giving Charlie and Ellie another sibling, our third child. Pregnancy and grief are no different than laughter at a funeral.  I was witnessing the joys of life, while still being very present in the heartbreak of death. I was connected to both the beginning and the end.

In her first year of life she brought so much joy to us.  She was tender,  easy-going, and happy to be held by anyone. As she continues to grow, so does her personality. From a passive infant to an outgoing toddler, Causby, age 2 is fierce.  She is loving, yet tough.  Petite, yet big in personality.  She is a deep thinker like her brother and outspoken like her sister.  She has Charlie’s complexion and Ellie’s smile.  And she loves her sister, hard. 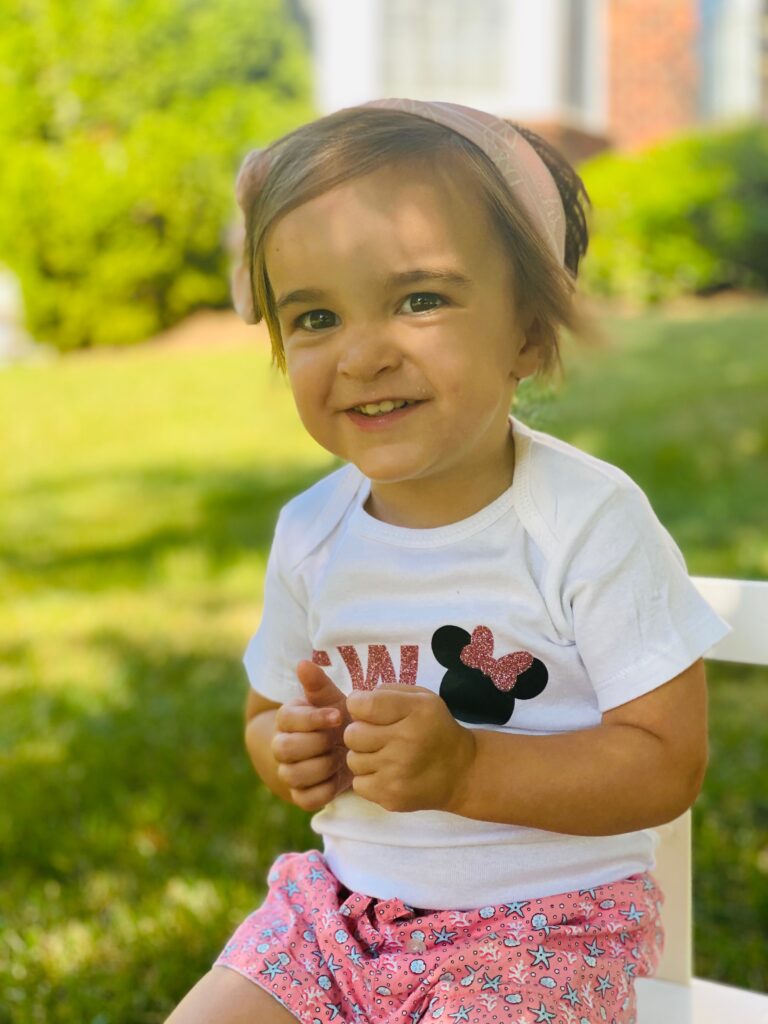 The world might think they have labeled you a “Replacement,” but we know better. You are your own self, born because we couldn’t imagine our life without you. You are a sister to Ellie, our family’s third child. And you know the love of your brother, as he snuggled and kissed you before he sent you from Heaven. You do not represent what we have lost, but all that we have built. We love you for who you are.  And our only expectation is for you to share that love in all your life endeavors.

Causby Marie Holt, you are and always will be an addition to our family, never a replacement.

We love you.. welcome to the terrific 2s!