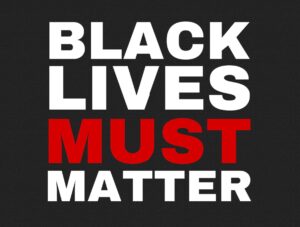 We’re in the midst of some fairly tumultuous times in our country. In the middle of a pandemic and a pretty severe economic crisis, but our nation is also having tough yet important conversations about race equity and Black lives.

In the past several months, we’ve seen countless protests in the face of senseless killings of Black people. There are too many names to list: George Floyd, Ahmed Arbery, Breonna Taylor, Merci Mack, Brayla Stone, and the resurfacing of the news of Elijah McClain are just a few of the names I saw come across my timelines and news readings, but I know there are more.

While the protests have caused many I know to close themselves off to discussions, they’ve helped me open up and really examine my own biases and white privilege. I wrote about this a few weeks ago while grappling with Ahmed Arbery’s death at the hands of several civilians who pursued him and murdered him while he was out on a run.

My learning hasn’t stopped. I’ve felt spurred to action to learn more about the struggles all people of color face in the United States, particularly in the Black community. I think it’s important to hear what others are saying when they try to share their experiences with us. As a white woman, I cannot possibly know what it is like to grow up as a Black man or woman.

So, I’ve had a hunger to learn more. To seek out the truth and educate myself on U.S. history – all of it, including the ugly, oppressive, horrifying parts. The journey has been eye-opening.

And one thing I have learned and begun to really consider is the fact that I benefit from white privilege.

Now, that does not mean I have not suffered in my life. Oh goodness, how I have suffered at some points. I have not had any easy life by any means. What this does mean is that my life has not been difficult because of the color of my skin. Maybe for other reasons, sure. But never because I am a white person.

And whether you believe it or not, there is still discrimination because of the color of one’s skin. Here are just a few things that people of color may face difficulties in:

These are just a few examples, but there are numerous more, I can assure you. Racism and prejudice continue to permeate nearly every facet of our society. And part of white privilege is that we don’t see it as clearly because it is benefiting us.

These are issues I’m still learning about and still exploring. I know that some won’t agree with the sentiments I expressed here, but again, I think it’s important to open our minds and hear from others whose walks of life may be different.

Charlie wanted nothing more than to love people. His kind heart would have made the world a better place, and that is how the mission of Charlie’s Heart Foundation was sparked, to keep families together – all families. I don’t think we can do this without continually examining ourselves and ensuring everyone has the same equitable opportunities.

All LIVES Matter, absolutely. But the fact is, All LIVES can’t Matter, until BLACK LIVES MATTER.

I hope you’ll join me on this journey of learning. It’s one that will last a lifetime, but that will be worth it. I’m sure of it.